A long shelter, with a mouth of 20 m by a maximum depth of 5.75 m. All of the depicted figures are red and tend to cluster together in the middle of the cavity, which is where it is the deepest.

They appear on the upper part of the collection and show two human figures together, who appear to be holding hands. Part of the lower extremities have been lost due to chips in the limestone. 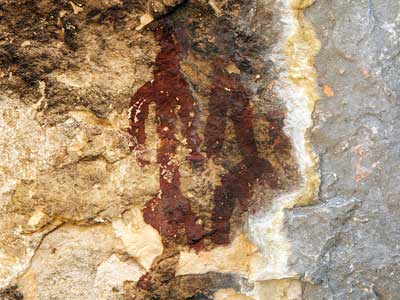 A group of four individuals, three of whom are of identical typology and have accentuated phalluses. The one that is located more to the left is of a cruder style. 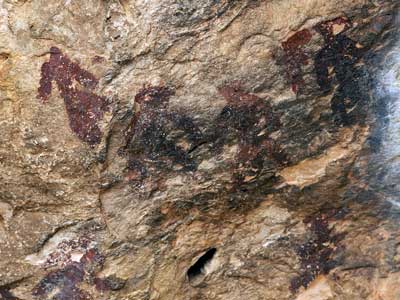 Depicted are four human figures, with distinct sexual members, two of whom wear a type of headdress. Underneath the feet of another individual, appears a symbol in the form of a star, of which the beautifully drawn, fine rays are particularly noteworthy. A third character is holding onto a four-legged animal by its snout and, next to it, there is another anthropomorph and a comb-shaped symbol. 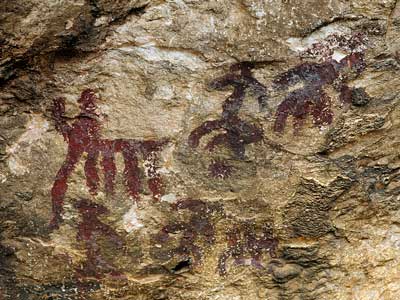 Reminiscent of the branches of a tree because of its vertical strokes from which other shorter diagonal lines connect. 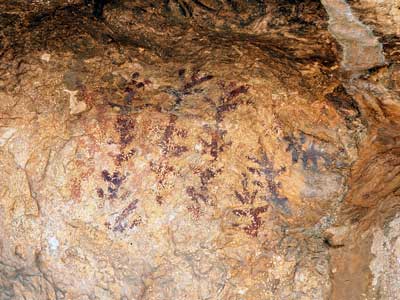