The shelters of Mallata I y Mallata B are suspended in an stunning limestone cliff, which form part of the Tozal de Mallata, at the confluence of the Basender, Choca and River Vero canyons. More than half of the shelters with cave paintings in the Cultural Park are located in this area. Hence, it's not surprising that some researchers consider this area as an outdoor sanctuary for our prehistoric ancestors.

The artistic representations in Mallata are the work of agricultural and farming villages during the Neolithic era and the Bronze Age. In the elevated and hard to reach shelters, they painted human figures and very simplified animals, as well as symbols and enigmatic geometric shapes.

There is a guided tour service available.

Mallata I is a shelter, 20 m long and with a maximum depth of about 7m. All of the depicted figures are red and can be grouped into five sections.

A man with a possible feather headdress, with a deer on either side. In each hand he has a rope that allows him to hold onto the deers by their snouts. Above the head of the human figure, a symbol appears that is reminiscent of an bow. 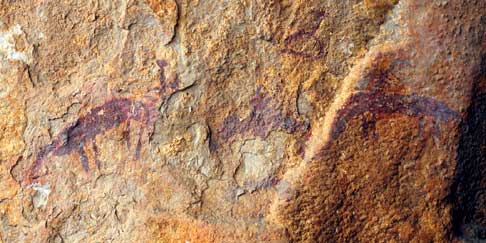 Found a few centimetres above the previous one. A man, with an accentuated sexual member, holding onto another deer by the snout. It's well worth it to pause to observe the excellent detail of the antlers. 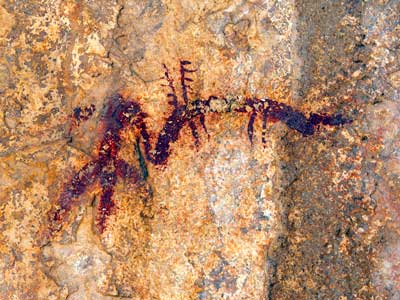 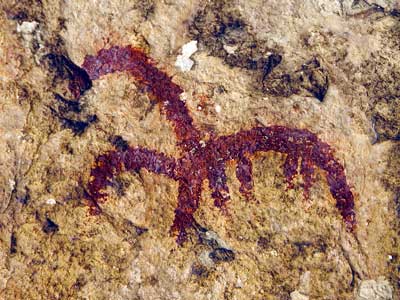 A human figure carrying a long rope or noose and on the same side, and a male deer tied up by its snout. Without question, the delicate work on the antlers is a highlight. 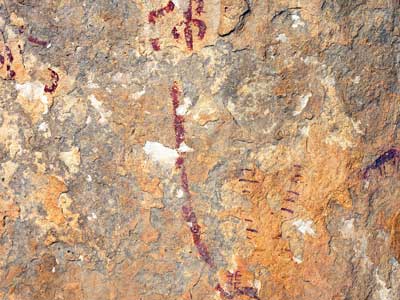