This painted shelter is found in the interior of the Arpán canyon. It is surprising that in this small tributary of the River Vero so many examples of the three classic styles of European prehistoric art have been found: paleolithic paintings in the Fuente del Trucho cave, and levantine and schematic representations in the Arpán shelter.

These cave paintings were first discovered by a team of specialists from the Huesca Provincial Archaeological Museum in 1978.

The Arpán shelter, with a depth of almost 6 metres, has an important pictorial collection. All of the figures are ochre figures and they are distributed across four panels.

There is a guided tour service is available.

It is the best preserved figure in the entire collection and was painted using a plain-shaded filling of the colour red. It has a rough quality without a silhouette. The antlers as a whole are particularly noteworthy, which are depicted with fine lines and other coarser lines are used to represent individual antlers. 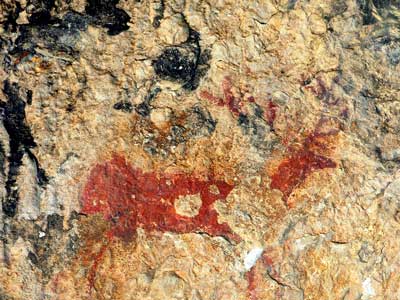 Found semi-erased but retaining some of the characteristics elements: the head, outlines of a drawn bow, an arrow, part of an arm and a quiver. By the backwards position of the leg, the individual is depicted in motion. 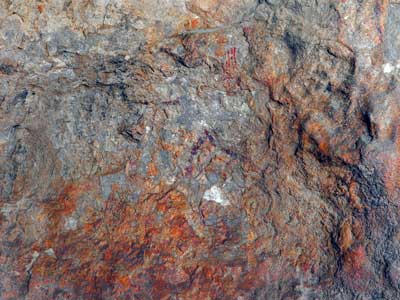 Roughly executed, the figures are different from the naturalism of other representations in this shelter. The collection consists of a deer facing an archer who appears to have been going to shoot the prey. Both appear without a silhouette and have lost some of their features. Above the head of the man, a mark appears, that could be a type of headdress. 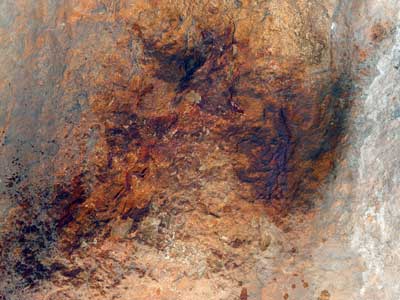