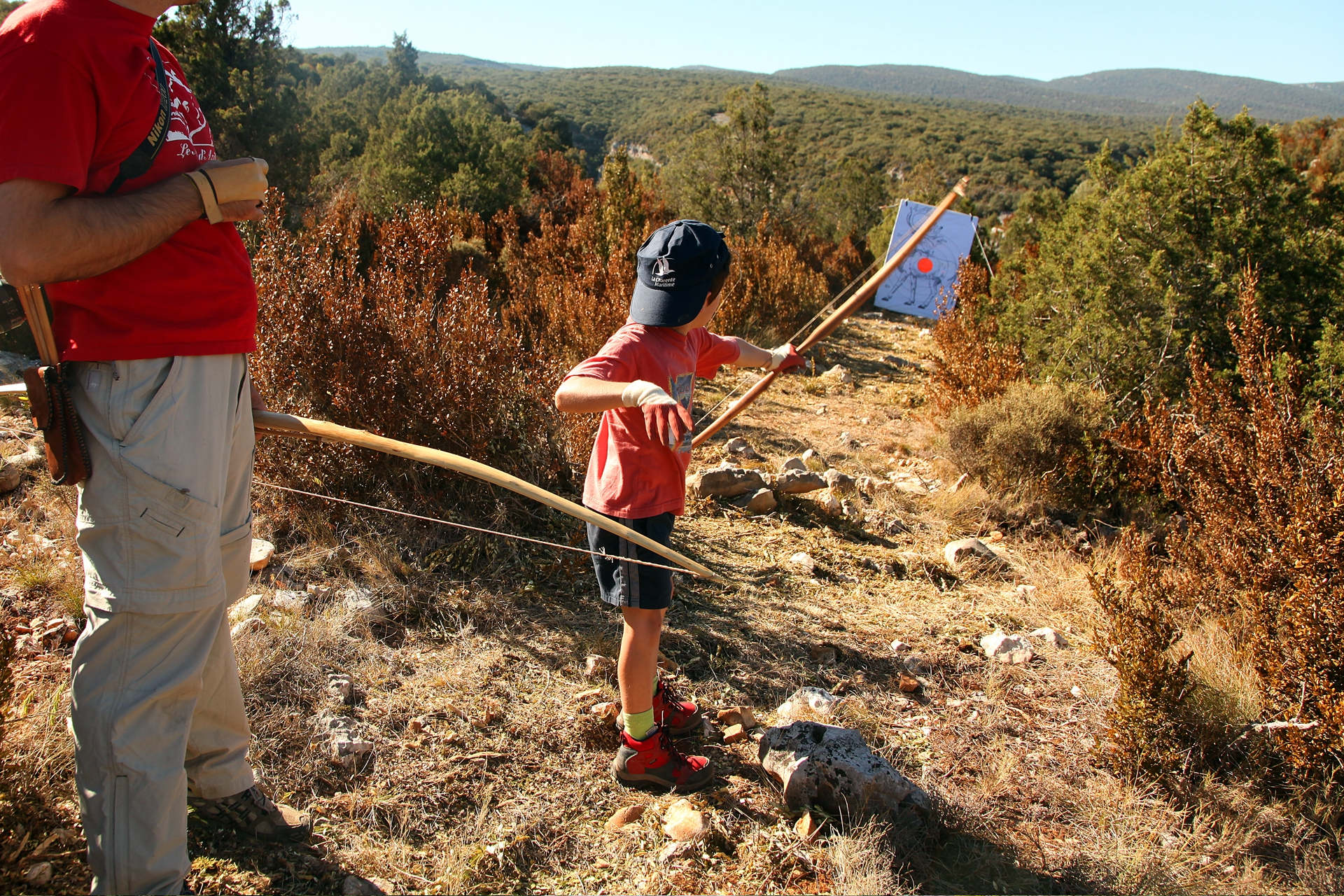 Route to the Mallata shelters

The Mallata shelters are located in a striking enclave, suspended in the upper sections of the cliffs of the River Vero.

The itinerary starts at the Mirador del Vero (take the A-2205 highway in the direction of Arcusa-Aínsa, 11 km from Colungo), from a car park next to the Portiacha canyon, with magnificent panoramic views of the River Vero canyon.

Take the track that ascends to the left and later the path, a route that takes approximately 20 minutes to walk, crossing through open spaces in the low mountain areas and old, abandoned sheep pens. During the trip, you will enjoy splendid views of the upper basin of the Vero, the settlements, and the Pyrenean Massif, until you arrive at the striking canyon of the River Vero, with its impressive cavities, which is an area well-suited to bird-watching.
After descending along the metallic stairs and visiting Mallata I, you will continue to Mallata B, where, from a small look out, you can make out the spectacular gorge of the River Vero, the Choca canyon and the San Martín chapel.

The information panels explain the route, the fauna, the cave art and the geology of the area.

Both shelters contain schematic art, depicted in red.
In Mallata I, three magnificent scenes stand out, which depict human beings with tied up deers: in one a man walks a deer fastened with a long rope, in another one, the deer is tied by its snout, and in the third, another human being, wearing a feathered headdress, is shown between two deers, and at least one of the deers is tied up using a short tether.

The rest of the shelter depicts anthropomorphs, a strange horned animal, a possible wild boar, and several symbols: lines, semicircles, aboriforms and cruciforms.

In the shelter of Mallata B, the upper front part depicts human figures that could be holding hands. Situated underneath are two groups of four human beings, including: two wearing a kind of hat, one with a star-shaped symbol underneath their legs, and another one is holding a four-legged animal with long ears tied up by the snout, accompanied by comb-like symbols and dots.

The remaining depictions show several anthropomorphs, a deer and various symbols shaped like dots and combs, as well as a large collection of branch shaped symbols.

More information about Mallata I

More information about Mallata B